During this year’s UNAGB International Women’s Day event, we will be discussing female leadership by looking through the lens of female journalists. Female journalists risk not only backlash from sharing their stories, but also face the added challenge of gender discrimination. Whether you are a journalist or not, the event will inspire you to become a storyteller and leader in the Greater Boston community, helping to further several of the United Nations’ Sustainable Development Goals.

All proceeds from the event will go to supporting scholarships for the UNAGB Women in Leadership Summer Institute for young girls seeking to improve their leadership skills and learn about global issues.

Light refreshments and snacks will be provided

Panelist: Cecily Tyler
Cecily Tyler is a filmmaker, producer, fellow and instructor at the Harvard Kennedy School of Government, Ash Center for Democratic Governance and Innovation. Cecily has been working in the field of communication for the past 20 years. She has taught, produced, and directed in the fields of documentary, television, independent filmmaking, theater, animation design and multi-media gaming. She has also worked with the Discovery network, Public Broadcast System (PBS/WGBH), the NBC News educational website “NBC News Learn,” New York Times Television, BBC NYC, Brown Alpert Medical School, 50 Lessons, and multiple independent productions. In 2010, the Department of Labor funded a 5-year “Train the Trainers” proposal that Cecily developed and implemented for YouthBuild USA. The initiative went on to become an 9-year initiative with additional funding and looks at how to help support teachers and administration working in communities that are affected by challenging societal issues pertinent to the YouthBuild USA community. In 2006, she founded Docutribe Inc., an organization that seeks to activate social change and innovation, enhance emotional resiliency and empathy, and celebrate art and community through filmmaking.

Panelist: Myroslava Gongadze
Myroslava Gongadze is the Ukrainian service Chief and a TV anchor at Voice of America. Prior to joining VOA in 2004, she worked as a journalist, editor, and producer in Ukraine and the United States for several media outlets including RFE/RL, Internews, and IREX. Her work has been published in The Wall Street Journal, The Washington Times and The Journal of Democracy. Gongadze is an internationally recognized advocate for freedom of the press and the safety of reporters. In 2014, as anchor of VOA’s flagship daily news program “Chas Time,” she was chosen to host the first post-revolutionary parliamentary election debates for Ukrainian national television. Additionally, she produced and hosted “Prime Time,” which featured interviews with leading Ukrainian and international policymakers. In 2014, she was awarded the Princess Olha Order, a Ukrainian civil decoration, in recognition of her professional excellence and contribution to the development of journalism.

In 2018 Myroslava was awarded Nieman Fellowship in Harvard where she is studying how propaganda is disseminated through new media channels, specifically in light of the Russian information warfare against the West.
@MGongadze

Panelist: Malgorzata (Margaret) Chalupowski
Margaret is an MD with a PhD in Obstetrics and Gynecology andsubspecialties in Pediatric/Adolescent Gynecology and Reproductive Endocrinology from the Jagiellonian University Medical School in Krakow, Poland, also holds a Juris Doctor from the Massachusetts School of Law, as well as certificates of advanced postdoctoral studies in Quality Management and Global Health from the Harvard T.H. Chan School of Public Health. She is a recipientof the Prince of Wales Medical Scholarship, with credentials from the University of Cambridge,

University of Sheffield, Royal Hallamshire Hospital, Jessop Hospital for Women, University of Liverpool, and Liverpool School of Tropical Medicine, where she worked on UN-sponsored global women’s health projects run in Sub-Saharan Africa and South-East Asia. While still a medical student, Margaret worked as an investigative reporter and interviewed Nobel Prize laureates, such as Andrew V. Schally, Sir John Vane, and Paul Lauterbur. For over 20 years, Margaret has been an active member of the American Association of University Women (AAUW) – first as an International Fellow, and later as the Funds Chair and AAUW-Massachusetts State President, she led and facilitated a number of programs and initiatives focused on issues of diversity, equity, and inclusion. An experienced clinician, researcher, lecturer, legal and science writer, human and civil rights activist, she presently serves as an academic advisor to former HSPH Takemi Fellows pursuing research in quality management and women’s health. In her most recent research Margaret focuses on the role of women in the history of medicine, law, and journalism, with a specific emphasis on comparative studies of the development of professional ethical standards in these fields.

Ms. Aramati is a member of the Boston University School of Public Health (BUSPH) Alumni Leadership Council. She has served on the BUSPH alumni board, including as vice president, and president of the board. She is a recipient of the 2009 Distinguished Alumni Award from BUSPH. In addition, she serves as a member of the steering committee, Women’s Forum, currently known as Global Women’s Circle at the United Nations Association of Greater Boston promoting global women’s issues. She is passionate about transferring her technical skills, expertise, knowledge and leadership to the new generation of leaders.

Aramati’s educational background includes a BSc. and Master of Public Health degree; certificate program in health care in developing countries at BUSPH, and certificate on “Health Sector Reform and Sustainable Financing” sponsored by the World Bank Institute and the Harvard School of Public Health (HSPH).

Panelist: Fiona Phie
Fiona Phie, a Boston native born to immigrant parents from Indonesia, grew up baring witness to the many injustices occurring in her surrounding environment. These observations planted a passion for activism and in 2016 she co-founded YouthWOKE, a youth advocacy program surrounding racial inequities in Boston Public Schools. As the Head Coordinator for the Hunger and Homelessness campaign at UMass Boston for the People’s Research Interest Group and the Chief Outreach Director for March for Our Lives: Boston, Fiona continues her second year at UMass Boston, majoring in Political Science and International Relations. 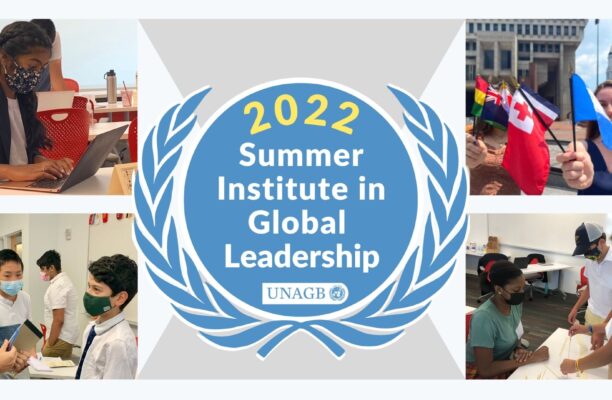