We are proud to recognize two exceptional leaders with our 2018 Global Citizenship Awards. 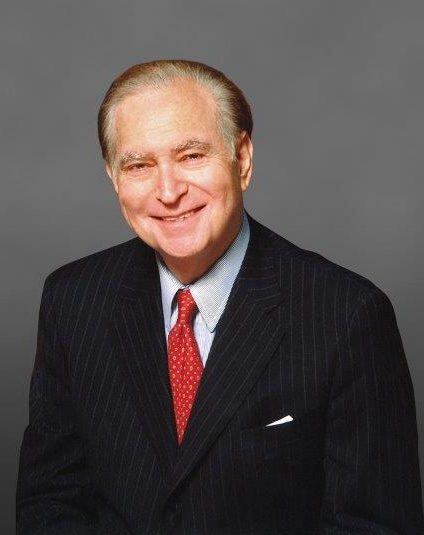 In 2009, GWIRF opened the Ambassador John L. Loeb, Jr. Visitors Center on the campus of the Touro Synagogue National Historic Site. Some of Loeb‘s ancestors were among the synagogue’s founders. They are represented along with more than 300 other early American Jews in the Loeb Portrait Database of Early American Jewish Portraits. In 2016, he established the Ambassador John L. Loeb, Jr. Institute for Religious Freedom at the George Washington University.

For 35years, he has been chairman of John L. Loeb, Jr. Associates, Inc., investment counselors. He was chairman of Holly Sugar and a director of Metro-Goldwyn–Mayer, among other corporations.

Richard Golob serves as Global Head of Life Sciences at EPAM Systems, a publicly traded IT services firm with 22,000 professionals worldwide. Previously, Richard co-founded GGA Software Services, an outsourcing company that provided scientific informatics services to the life sciences industry, and served as its president and chief executive officer until the sale of GGA to EPAM Systems in 2014. With its headquarters office in Cambridge, Massachusetts, and its 650-person development center in St. Petersburg, Russia, GGA focused on bringing together science, mathematics, and software engineering to solve client problems.

Previously, Richard was actively involved in the environmental and energy fields, serving as an adviser to government agencies worldwide and to the United Nations Environment Programme, as well as a publisher of respected environmental newsletters. He also served as an environmental industry adviser to the venture capital firm Charles River Ventures and as chairman of the Harvard Environmental Health Council at the Harvard T.H. Chan School of Public Health.

Richard is coauthor of “The Almanac of Renewable Energy” and coeditor of “The Almanac of Science and Technology.” In addition, Richard serves as a board member of Alpha Software, an innovative mobile application development technology company, and a member of Sky Ventures Group, which focuses on investments in healthcare and life sciences companies. Richard graduated from Harvard College with an A.B. degree in biochemical sciences.